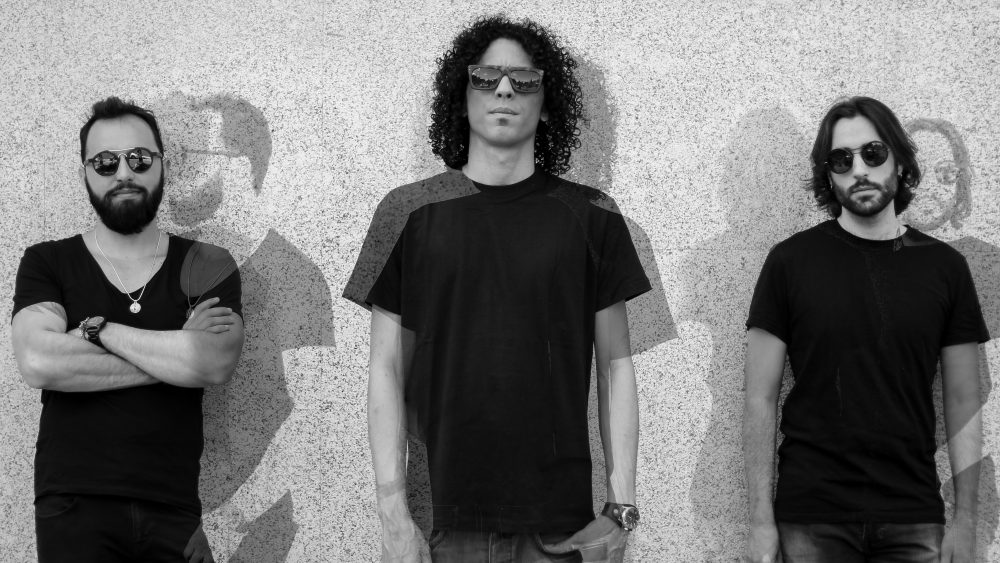 Last autumn the Madrilenian trio Pheromone Blue, formed by Mario Ramos Jr, Iker Ramos and Fernando Delgado, surprised us with their first project. An EP called “She Moves at Night” composed of two tracks represented perfectly the conjugation of the different styles and ways of understanding music of these three professionals producing as a result an indefinable sound with reminiscence of electronic, jazz and rock.

Now it’s time for their single “Awake”, which is their second self-edited release. In this new proposal the trio have used their constant inquisitiveness of fusion of influences which leads them to use sounds that weren’t present in the previous EP. The introduction of sequencers with modular synths to its set up and the rhythmical combinations of acoustic drums with drum machines are essential parts of this single defined as disturbing and attractive.

The soundscape of intimate and sensitive trance is built thanks to the melancholy vocal and its repetitive lyrics that causes a superposition of textures that finally explode in a pop chorus, that could be catalogued as their trademark, with touches of the eighties and rhythmic energy four to the floor.

Shortly we will be able to enjoy a collaboration between Pheromone Blue and Bsn Posse, where they will join their 160bpm sounds. Also, at the end of August Sincopat will release an EP of remixes for “She Moves at Night” with remixes by AFFKT, BeGun and Dimitri Veimar.

You can already listen to “Awake” on Bandcamp, Spotify, and buy the single at the best digital stores: iTunes, Amazon, Apple Music, etc.